The Call of Crypto: How Are Telecom Companies Using Blockchain? 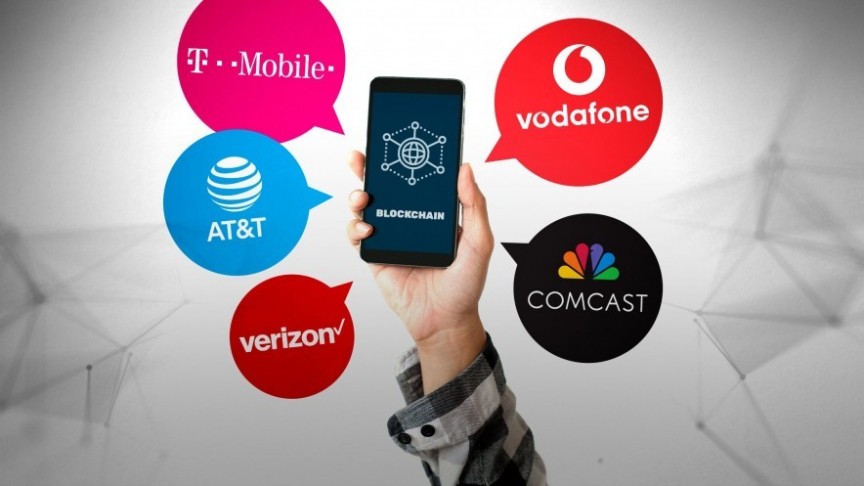 The Call of Crypto: How Are Telecom Companies Using Blockchain?

AT&T and other notable telecom companies are adopting blockchain and cryptocurrency. How are they using the technology?

Telecom companies are a "triple threat": they provide cable, phone, and Internet services to millions around the globe. This makes telecom one of the most valuable industries and a target for blockchain adoption: one recent study from VynZ Research suggests that blockchain in telecom will become a $1.8 billion market by 2024.

The Enterprise Ethereum Alliance, meanwhile, recently published a report that outlines dozens of conceptual use cases for blockchain in the telecom industry. Yet this is not just theoretical: some of the biggest telecom companies are already using blockchain technology. Here's who they are, and what they've accomplished so far.

AT&T might be more enthusiastic about blockchain than any other telecom company. This May, it began to accept bill payments in Bitcoin via BitPay. Plus, it's also using blockchain behind the scenes: in April, AT&T began to work on a blockchain-based supply chain tool designed to track returns and repairs of phone handsets.

Furthermore, AT&T released a full blockchain suite in 2018, which allows its enterprise customers to deploy blockchain solutions like IBM Blockchain and Microsoft Azure. Of course, these are available elsewhere, but AT&T's suite integrates its own services, such as its Asset Management Operations Center and its various IoT platforms.

This September, Verizon won a patent for virtual SIM cards. Currently, users must insert physical SIM cards into their mobile phones to use their phone plans. Verizon's vSIMs, by contrast, use blockchain records to create immutable identity records. Just like a physical card, these vSIMs can be transferred between mobile phones.

Verizon hasn't announced an actual vSIM product, but the idea has a promising future. SIM swapping is a rampant form of theft: one AT&T SIM swapping incident allegedly led to the theft of $24 million, and a more recent suit concerns a $2 million theft. The tamper-proof nature of blockchain could go a long way toward preventing SIM fraud.

T-Mobile, for its part, has been working on blockchain-based identity. In 2018, it released the Next Identity Platform, built on Intel's Hyperledger Sawtooth blockchain platform. T-Mobile initially used Next internally to manage authorization for its cloud computing tool, Jazz, but it has since open-sourced the project for all to use.

T-Mobile also contributed a chapter to the Ethereum Enterprise's playbook for telecom use cases. The company's contribution proposes a blockchain-based trust and reputation system for IoT networks. In practice, this could be used to secure home networks or control access to mobile networks―though this is merely conceptual.

Vodafone has gotten involved with cryptocurrency in a fun way. This September, it gave away special crypto tokens as part of an augmented reality game based in London. Over one week, users were able to scan the tokens with their phone's camera. Then, they could redeem the tokens for a chance to win Apple prizes.

The cable provider Comcast is preparing to launch Blockgraph, a blockchain-based platform that will serve as an identity layer for the television industry. In practice, it appears that Blockgraph will use blockchain tech to share viewership information with advertisers―without ever compromising the privacy of TV audiences.

Unfortunately, Blockgraph has not materialized yet. In December, Comcast suggested Blockgraph would go live in early 2019. This has not yet occurred, though the company did publish a whitepaper for the service in May under its subsidiary, FreeWheel. Regardless, Comcast's blockchain efforts are a long time coming.

There are countless applications for blockchain tech in the telecom industry, and these are just the tip of the iceberg. Huawei, for instance, offers blockchain services and smartphone crypto wallets. Lesser-known companies have made forays into blockchain as well: Russia's Megafon and Japan's NTT Docomo both tried it out in 2018.