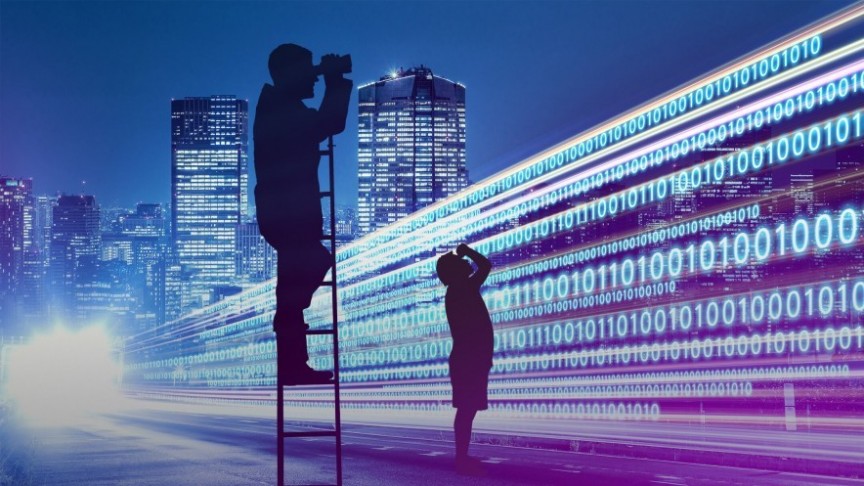 It’s 2020, and the word “blockchain” has become much more than just a buzzword associated with Bitcoin and crypto. The word is now gaining traction in the offices of large tech companies, world governments, central banks, militaries, and NGOs as organizations begin to see its potential across a wide range of applications. In the decade ahead, blockchain promises to integrate systems and record data in ways we’ve never seen, holding the potential to improve everything from military communications to shipping to global finance. Over the next decade, we will see blockchain transcend the crypto market to reshape the global information system.

In this article, we examine the biggest trends in the blockchain sector today, showcasing how cutting-edge organizations are using the technology outside of the cryptocurrency market, and hinting at how society may utilize the technology in the future.

Since the creation of Tether, stablecoins have played an integral role in how the cryptocurrency market functions. Due to the difficulty of interfacing fiat currencies with cryptocurrencies, Tether is used instead as the primary medium in which crypto values are transferred across exchanges. This has made the settlement of trades much simpler by cutting out fiat currency conversions, which often face regulatory obstacles.

Now, Tether is coming under ever-increasing scrutiny as users begin to understand the unlikelihood of Tether’s transparency, and newer stablecoins such as Gemini Dollar, TrueUSD, Paxos, and Circle USDC have since been developed to give Tether a run for its money. These stablecoins were developed for use primarily in crypto markets, but now the concept of digitized value is catching on like wildfire.

In 2020, the primary use-case for blockchain-based stablecoins will transition from the world of crypto to the world of traditional finance. Massive corporations and banks such as Facebook, Royal Bank of Canada (RBC) and JP Morgan are already beginning to recognize the potential of blockchain technology, and they are developing technologies that will help to settle transactions and transfer value globally. In suit, a plethora of smaller crypto firms such as Ripple, Bancor, Token and many others are continuing to develop technologies that are bridging the gap between crypto and fiat finance, putting blockchain at the cutting edge of financial technology.

Blockchain technology has long been examined within the context of a decentralized financial tool, but its applications now reach far beyond its humble beginnings, and national governments around the globe are rapidly adopting the technology. In the 2020s, we will see nations like China and Turkey begin to digitize their own fiat currencies with the help of blockchain, a move that implies blockchain technology is finding its way into the toolkits of state-backed currencies. Central banks in Sweden, Japan, and Canada are also exploring how blockchain could help make their own currency ecosystems more robust.

Beyond currency applications, the 2020s will see world governments integrate blockchain technologies into the operation of everything from national defence to import / export management. Below are some of the most exciting government-developed blockchain projects slated for early in the decade:

Blockchain Expertise Is Going Up In Value

It seems obvious, but it must be mentioned - if blockchain is to become one of the most rapidly developing technologies of the decade, then it is only fair to assume blockchain expertise will be highly revered and sought-after. Senior Developers and Blockchain Core Developers are already seeing their profession hitting the “Top Jobs” lists in countries such as India, and similar demand is building in economies around the globe. Salaries in the US are hitting a staggering $130,000/yr, and yet the field still suffers from a lack of qualified experts.

To meet this demand, universities and employers are ramping up their efforts to provide education in the field of blockchain, with esteemed institutions such as MIT, Stanford, The University of California, The National University of Singapore, and The Swiss Federal Institute of Technology Zurich leading the way. Expect to see the 2020s foster a new age and understanding for blockchain, leading blockchain experts into integral positions across many industries, and elevating the status of the profession.

Blockchain as a Service (BaaS) Is Taking Off

One of the fastest-growing blockchain trends in 2020 is Blockchain as a Service (BaaS).  BaaS is a cloud-based service that enables users to develop their own blockchain-based products, such as decentralized applications, smart contracts or blockchain-based ledger systems without having to develop their own blockchain infrastructure. Notable BaaS services include Microsoft’s Azure and R3’s Corda, a financial-ledger service backed by a consortium of 70 partners, including Barclays, Credit Suisse, Goldman Sachs, J.P. Morgan, Royal Bank of Scotland, Bank of America and Wells Fargo.

These BaaS services are making it easy for companies to interact with blockchain technology, fostering development and adoption in the sector. As more companies have access to BaaS, further use-cases for the technology are being developed, and we can see how BaaS will likely become an essential part of many organizations’ cloud infrastructure in the 2020s.

It’s clear the 2020s will see blockchain revolutionize the data processes of many industries and governments, but its adoption is still at its very beginnings. The above trends hint at how future digital infrastructures will include blockchain-based technologies to improve their speed and efficiency, and where we are likely to see the biggest improvements in the near future.