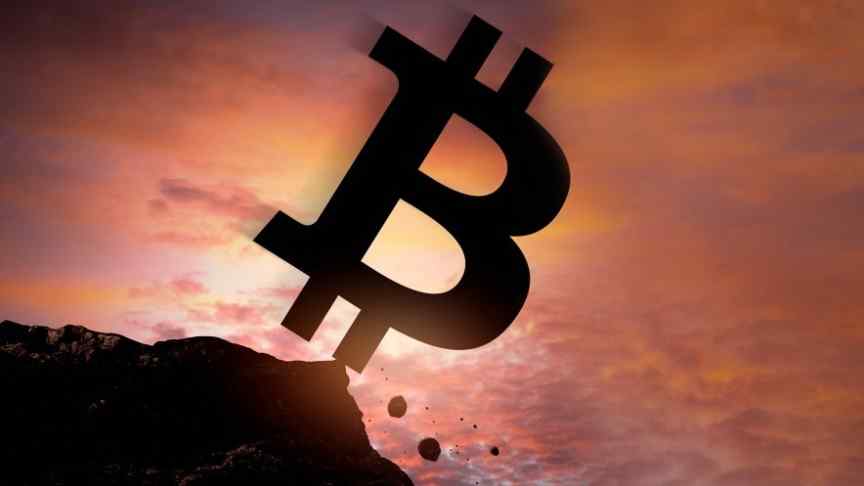 Bitcoin’s 18% loss last week has dragged the overall market lower. XRP has been more stable and XLM has grabbed fifth spot in the market.

The cryptocurrency market has been volatile after Bitcoin finally made a move from its tight trading range. The direction taken was lower and Bitcoin blew through some stop losses under the $6,000 level which had been providing big support on the monthly. The $6,000 level is still in play until the month closes so there is the potential that this is just a “fake out” move lower to clear out some weaker hands.

It was interesting that the BTC sell-off occurred just one day ahead of the Bitcoin Cash hard fork and it’s possible that fear over the fork was the reason for the sell-off. The price action highlights how connected the market still is to the path of BTC. This correlation may change in the future but for now, there is no real catalyst to see new trends in the crypto space.

Despite a lack of movement on the regulation space, the chaos in financial markets continues and the cryptocurrency market may see investment flows from safe haven investors if we see a crack in financial markets. The markets are currently seeing huge risks, with Goldman Sachs implicated in the 1MDB scandal, Deutsche Bank implicated in the Danske bank money laundering scandal, Brexit in chaos, Italy about to face off with the EU over debt and all of this against a backdrop of slowing European growth, falling oil prices, and the U.S./China trade wars.

BTC currently trades at $5,216 and would need a large rally into month-end to hold the $6,000 support. Until then the market will look to find the bottom and the negative sentiment will continue across the majority of coins.

Ripple’s XRP has largely bucked the Bitcoin trend and still holds a good level of support from its late-September rally. This highlights again that the BTC sell-off was largely based on the BCH hard fork and may have just been driven by a few large players, looking to diversify ahead of the event.

XRP currently trades at $0.48 after testing the $0.50 resistance level. A recovery in BTC would see XRP continue higher with the spike high of $0.75 as a near-term target.

Ripple’s CEO Brad Garlinghouse made an important point that the value of any digital asset will be, “based on its ability to solve problems.” This is important to remember when markets are dragged lower and some cryptocurrencies are selling at a discount. If you expect the institutional wave of money to appear then the old guard in the list of coins by market cap may be upended depending on the appetite of professional investors. 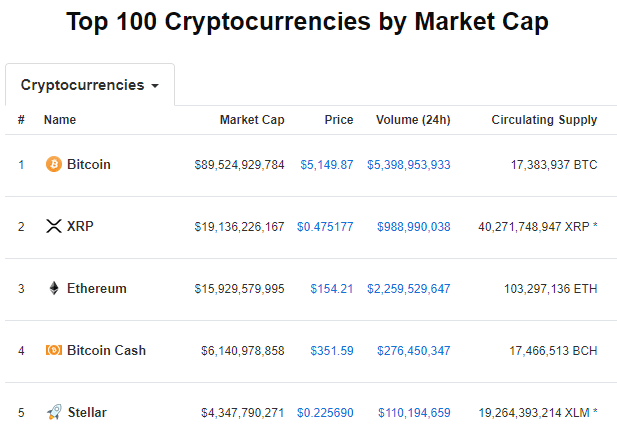 The market already looks a little different than the summer with XRP replacing Ethereum and Stellar moving up into fifth. This could already be reflecting Garlinghouse’s comments with investors expecting the cross-border payment solutions of XRP and XLM to dominate in the months ahead.

Stellar Lumens has traded in a similar path to XRP but has sold off to $0.23 after recent highs near $0.275. As with XRP, the coins that have seen less selling would recover more quickly in a BTC turnaround.

Amidst the negative sentiment, XLM has actually gained ground on its peers and is now the fifth-largest coin by market cap and the fourth-largest asset by volume. Speculation still mounts that XLM could be added to Coinbase soon after it was mentioned previously by the company.

The Basic Attention Token has unwound from the Coinbase listing highs and trades at $0.189. For investors who are looking to get bargains in the market then these types of coins could be an opportunity. Being added to Coinbase would put them in the shop window if we see the long-awaited institutional and retail market rallies.

As we have seen in other coins, BAT will need to repair the damage of the recent sell-off before it gains further momentum. BAT did see a spike higher in previous days with news that the Brave browser was introducing a “speed reader” mode, where pages would just load text and discard the non-essential parts of an article, such as graphics, CSS, JavaScript etc. The brave browser is a more secure browser which limits ad trackers etc. so it may be a threat to the likes of Google one day. As mentioned in the “use case” scenarios, Brave and the desire to tokenize the multi-billion advertising world could make BAT a token to watch in the long run.