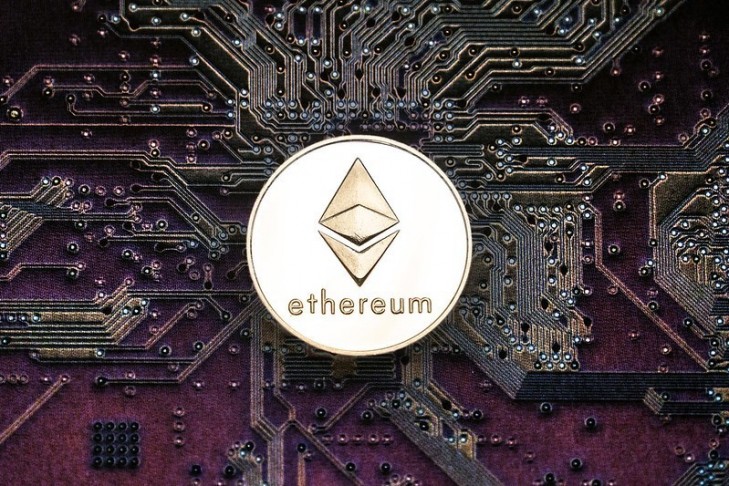 Ethereum’s developers have set a date of July 30, 2020, for the upcoming ETH 2.0 system-wide upgrade. The date would be the fifth anniversary of Ethereum and the new upgrade promises higher transaction throughput and a new security model built on Proof-of-Stake (PoS). Also known as Serenity, Eth 2.0 has been planned since 2015 but has been slow to move forward due to the technical requirements of the upgrade.

Ethereum was 17% higher over the last week as the market followed Bitcoin’s push higher towards the key $10,000 level. I stated in last week’s article that,

The cryptocurrency market in the weeks ahead will be dominated by an expected test of the $10,000 level by BTC and this could add further fuel to the altcoin rally.

This was the story of the week as BTC hit a high of over $10,000 and a large number of altcoin projects are showing good gains for the week. The price of BTC has since fallen below the resistance level again but it trades around the $9,950 level and it’s possible that another push higher will trigger a short-covering rally. The movement around that level will dictate the next path for the cryptocurrency market.

Ahead of the resistance test, Bitcoin had seen a fresh all-time high in open interest on the Bakkt exchange futures at $13 million, whilst the CME open interest jumped to a five-month high of $249 million.

ETH has moved to test the resistance below $250 and it’s likely that BTC’s ability to succeed or fail at the key level will decide whether ETH can move towards the $300 level.

In other news regarding the Bakkt exchange, parent company Intercontinental Exchange (ICE) has announced that they will acquire Bridge2 Solutions, a leading provider of loyalty solutions.

The press release stated that,

Bridge2 Solutions enables some of the world’s leading brands to engage customers and drive loyalty. It powers programs for seven of the top ten financial institutions and 4,500 loyalty, incentive and employee perk programs for companies across a wide spectrum of industries.

The acquisition comes as Bakkt seeks to release a consumer app and this loyalty program will be used to drive adoption. Mike Blandina, CEO of Bakkt said the goal of the project was to,

...offer consumers a robust platform to consolidate and use all of their digital assets, from crypto to loyalty points to in game tokens, in one user-friendly wallet.

Now that custody solutions have been created for professionals, the institutional brokers will now turn their attention to bringing public consumers to digital platforms.

The move higher in Lisk saw the coin trading at number 35 on the list of coins by market cap with a value of $290 million. This was a coin that benefited from BTC’s bull run in late-2017 with a move above the $30.00 level before a long bear market ensued.

Lisk’s JavaScript development system is named SDK and the project has been working on the release of version 3.0. Lisk seeks to bring blockchain to the masses and allow the creation of dApps with, or without technical programming experience.

The next resistance levels ahead for LISK will be around the $3.00 and $7.00 levels.

Factom was another strong performer on the week after an 80% gain saw it trading at $3.70. The move sees FCT at number 122 in the list of coins by market cap with a value of $32 million.

Many companies are already piloting the use of Factom blockchain technology to simplify areas such as compliance, which can be costly for companies due to the repetition of manual tasks.

The move higher in FCT now sees it probing a key support level from 2018 which will now act as resistance. This will provide the first barrier to the higher levels of $5.00 and $10.00.

The Chinese stock market has recovered from its previous drop and is higher for a sixth-straight day the Lunar New Year holiday ends. The return of workers to manufacturing bases will be a welcome result for the country, although some areas are still on lockdown due to the Coronavirus outbreak. Fears of further spread have receded in recent days and the potential for a rally in risk assets may have also lessened.

In cryptocurrency-related news, Japanese lawmakers have been pushing their government to pursue talks with the G7 countries over fears that China’s digital Yuan will threaten the current system of U.S. Dollar dominance. The Liberal Democrat politicians saw information and technical study sharing as an initial means to move forward on the issue.

The news came out around the same time that the U.S. Federal Reserve announced that it was conducting research into digital currencies. In a speech, one of the bank’s governors noted that the FED was,

…collaborating with other central banks as we advance our understanding of central bank digital currencies.

For the cryptocurrency market over the next weeks, price action will depend on whether BTC can find a foothold above the $10,000 level. The first attempt has been rejected but it was only a mild move lower and further confirmation will be needed to consider the next path for markets.