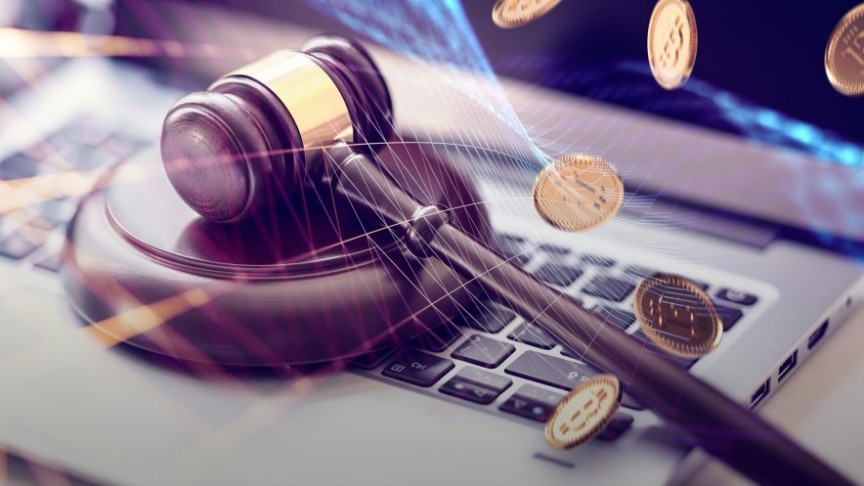 The blockchain industry is a high-stakes environment. Though most projects working in the area intend to deliver financial freedom and open technology to their users, activity from behind the scenes is not so laidback. Legal force is commonplace, whether it comes from strict regulators, envious competitors, or wronged investors.

As a result, there are dozens of legal conflicts in progress, including lawsuits, arrests, investigations, and rights disputes. Many of these cases are fairly notable―either because they they represent broader legal trends, or simply because they have attracted a lot of attention. These are the cases that are worth following.

In 2018, the Canadian exchange QuadrigaCX went bankrupt. In an unlikely coincidence, its CEO, Gerald Cotten, passed away and took the company's Bitcoin keys to the grave. Customers who lost funds believe that Cotten faked his death and made off with the money. Soon, investigators may unearth Cotten's body to find the truth.

QuadrigaCX's story has taken a more dramatic turn than most, but it is a reminder that exchange collapses are rarely resolved quickly. Mt. Gox shut down in 2014, but its founder was hit with a new lawsuit this June. Similarly, a lawsuit against the founder of BitFunder concluded this July, six years after the exchange collapsed in 2013.

TRON is in a trademark battle with Disney, which owns the rights to the sci-fi franchise of the same name. In November, Disney blocked TRON's attempts to patent its name, citing the likelihood of brand confusion, according to a recent report from Decrypt. Legal opinions suggest that the blockchain may never gain a U.S. trademark.

This is not the only branding battle. In October, Current sued Facebook over its nearly identical Calibra logo. Blockchain.com, meanwhile, sued Paymium over its domain, Blockchain.io. In August, Oracle sued CryptoOracle over its similar name. Finally, Zcash resolved its internal trademark dispute in November without going to court.

Kin has gone to great lengths to resist laws that it sees as overreaching, even as other blockchains have given in to regulator demands. In court, Kin recently argued that rules set by the U.S. Securities and Exchange Commission were vague and inapplicable during its 2017 token sale and that the SEC was in no position to provide guidance.

Though this case doesn't seem to be moving in Kin's favor, the outcome will be significant, as it may influence whether the SEC continues to aggressively crack down on token sales. Kin's outcome may also encourage or discourage private parties from filing class-action securities suits―a threat that Tezos and Ripple are currently facing.

In April, Bitfinex and Tether lost $850 million, leading the New York Attorney General's office to allege that the companies had engaged in a coverup. Bitfinex for its part contended that those funds had been seized by its payment processor. Now, Bitfinex's lawyers are arguing that the NYAG does not have the authority to investigate the case.

Critics are skeptical of Bitfinex due to its general lack of transparency. However, New York is not well-loved either, as it has very restrictive crypto policies. A negative outcome for Bitfinex, even if it is deserved, will reinforce New York's status as a crypto-unfriendly location―along with other factors like the state's hard-to-obtain BitLicense.

In November, Ethereum developer Virgil Griffith was arrested in the U.S. after making an unsanctioned trip to a North Korean conference. Griffith's arrest split the crypto community along political lines: some defended him as a victim of American overreach, while others accused him of supporting North Korea's oppressive regime.

Griffith's arrest has been compared to that of Ross Ulbricht of Silk Road, a Bitcoin-powered black market. Ulbricht still has many advocates campaigning for his freedom. If future high-profile arrests take place, it seems likely that similar debates will take place about the balance between freedom, legal obedience, and popular values.

The legal cases listed above haven't concluded yet, and most will continue to generate attention throughout 2020. Even conflicts that do not set precedent will be significant in the public consciousness, as they will provide clues as to who really has legal clout in the blockchain world―companies, regulators, or private parties.

Needless to say, it's anyone's guess how things will play out. Political trends are constantly changing, and laws and regulations are gradually shifting as well. The blockchain industry will never become the Wild West that it once was, but it seems possible that there will be at least one unlikely winner in the near future.