How the Token Taxonomy Act Could Separate Crypto and Securities 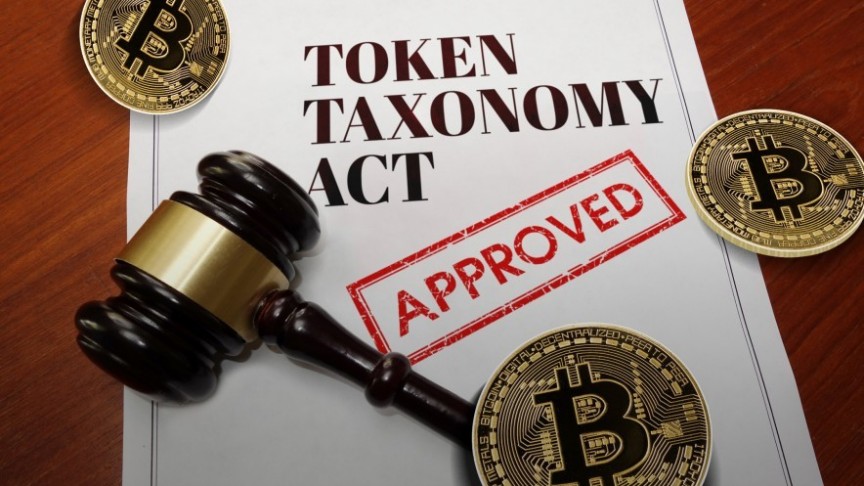 How the Token Taxonomy Act Could Separate Crypto and Securities

A new Congressional bill could draw a distinction between securities and tokens. Will this free the crypto world from the scrutiny of the SEC?

Over the course of 2018, it became clear that the U.S. Securities and Exchange Commission (SEC) had the right to classify most emerging cryptocurrency tokens—and ICO tokens in particular—as securities. Although established cryptocurrencies such as Bitcoin and Ethereum were not caught up in the SEC’s regulatory efforts, those efforts did put ICOs in a stranglehold.

However, the SEC may soon have to loosen its grip on the crypto world due to the arrival of the Token Taxonomy Act, a bill that was introduced in Congress at the end of December. If the bill is passed, it will amend securities regulations that are nearly a century old and many digital tokens will effectively be exempted from their current status as securities.

Why the SEC Cares About Digital Tokens

The SEC has primarily applied security regulations to ICO tokens because, in their view, such tokens represent investments, just like securities do. As well, securities regulations exist to protect investors from risk: some ICOs are fraudulent, and many simply lose their value over time. As such, the SEC has attempted to maintain control over ICOs in order to make the crypto market safer.

Unfortunately, SEC oversight has also had detrimental effects on the cryptosphere. The SEC’s regulations have prevented everyone but accredited investors from purchasing ICO tokens. Furthermore, most recent ICOs have excluded American investors entirely—even accredited investors—so as not to run afoul of the SEC inadvertently.

Meanwhile, those who oppose the SEC’s regulatory efforts have commonly argued that many emerging tokens have very little in common with securities. Some tokens are better classified as utility tokens, as they do not represent an investment as such and are simply meant to be exchanged for goods and services. However, the new Congressional bill sets aside the security/utility dichotomy and examines something more complex.

What Does the Bill Consider?

The Token Taxonomy Act aims to draw a clear dividing line between digital tokens and securities. As noted, the bill doesn’t focus solely on a token’s intended purpose. Instead, it looks at four different factors and delves into the nature of digital tokens. This is what the bill considers:

The nature of the token’s creation:

In order for an asset to be a digital token, that asset must be intended for use in transactions, and a single entity must not be able to alter the creation and supply of the token. The bill also makes an allowance for "initial allocations" of tokens that meet the above criteria, suggesting that ICO and presale tokens would also be classified as digital tokens—not as securities.

The presence of a distributed ledger:

The consensus mechanism, once again, must not be under the control of a single entity. This presumably means that tokens on permissioned or private blockchains could still be considered securities, as those blockchains can involve centralized control. Since private and permissioned blockchains are often used by financial institutions to tokenize securities, this is an important distinction.

The nature of transactions:

It must be possible to trade a digital token directly between two individuals "without an intermediate custodian." It is not clear which, if any, blockchains do not allow direct transactions. It seems that this rule is intended to put checks on custodial services such as banks and exchanges, but lawmakers have not yet expanded upon this matter.

What the token represents:

Following these rules, the bill goes on to explain how two other documents—The Securities Act of 1933 and the Securities Exchange Act of 1934—would be amended. Essentially, the bills would be amended so that the definition of a security "does not include a digital token." This would render most cryptocurrencies exempt from security regulations.

What Will the Bill Change?

If the bill is passed, it will give investors and token creators a great deal more freedom than they currently have. Creators would be able to issue new tokens so long as they are acting "in good faith" that they are not creating a security. That said, the SEC would still be able to designate some tokens securities, force creators to stop selling those tokens, and make creators return any unspent funds to investors.

It is possible that the bill would also allow non-accredited investors to purchase ICO tokens, but this is not explicitly outlined in the bill. However, there is one benefit to investors that is explicit: tax exemptions. The bill would eliminate taxes on token-to-token trading and on trading that results in gross income under $600.

One the whole, the Token Taxonomy Act could open up the creation of new cryptocurrencies to an extent that has not been seen since the inception of Bitcoin. The bill is also bipartisan, meaning that it has a reasonable chance of being passed. Of course, the extent to which the SEC will actually take a hands-off approach remains to be seen, but in general, the future looks bright for ICOs in America once again.