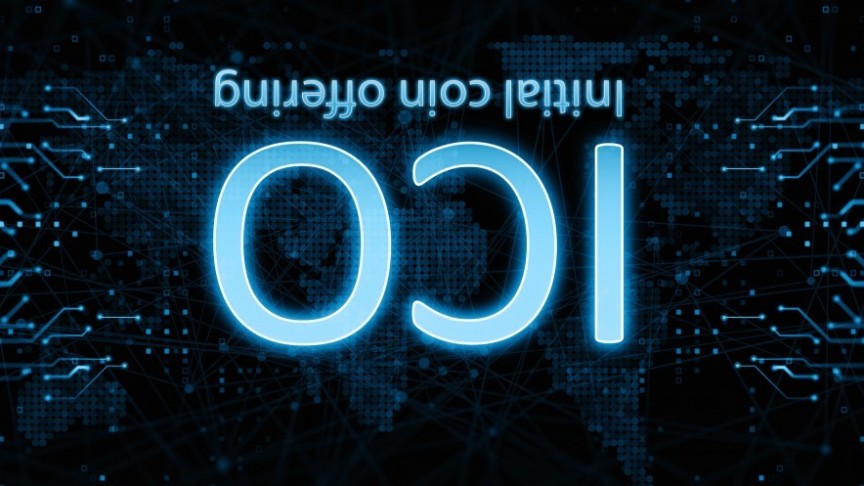 Reverse ICOs and the blossoming cryptocurrency environment are opening the door for profitable alternatives to standard fundraising methods.

Blockchain technologies and cryptocurrencies continue to capture the attention of developers and investors around the world. The revolutionary technologies have all but guaranteed some level of impact in most industries. Besides the improved efficiency and speed of transactions, tokens and the increased use of digital assets is opening avenues for new funding models. Initial coin offerings (ICOs) have resulted in historic funding volumes, and the unprecedented growth over the past two years has forced both venture capitalists and board members to reconsider the structure of their actions. Indeed, it is possible that the increasing role of initial coin offerings will soon lead to an overhaul of traditional venture capitalist funding models by attracting the largest investment firms. While this mindset remains heavily oriented towards start-up firms, established firms in the blockchain community can still benefit from coin offerings.

Beyond the standard ICO, new designs, including reverse ICOs and Vitalik Buterin’s new DAICO model, are calling for attention.

What Is a Reverse ICO?

Established firms are looking more to reverse ICOs than any other option. It functions very similarly to an initial public offering (IPO) in that it offers a decentralization of a company structure, opening shared revenues and voting power to the public. While IPOs require months of regulation and a more proof-of-concept, ICOs of any fashion provide a quicker alternative for both the firm and the investor.

A decentralized system spreads control among many parties [...] The key benefit of tokens is to align incentives among participants of the ecosystem. / Trent McConaghy

A reverse ICO differs from a standard ICO only in timing. Start-ups looking to develop their technologies and create seed money without the need for a venture capitalist look to independent supporters. The initial offering utilizes the money raised to build an overall structure, or further develop their products, often raising years of funding in a matter of months. Reverse ICOs are functioning, centralized companies looking to decentralize in a method other than traditional shares. Instead of the ordinary share, investors receive a token allotment from the blockchain network.

With this token allotment, investors hold a stake in the company’s future profits and in some cases, bargaining power. Blockchain companies still have the option to pursue a listing on a standard stock exchange, but many of the financial institutions which drive much of the stock trade lack the fervor of individual supporters. Lower barriers of entry open a wider base for investment, a key aspect of coin offerings which has led to the funding success mentioned above.

Who Is Using It and Why?

Record-setting offerings dominated the end of 2017, and an improved success rate of ICOs for start-ups has driven the attention away from established companies. The greatest example of a reverse ICO in the past year is the Canadian-based instant messaging application, Kik Messenger. Kik began its involvement with blockchain platforms by partnering with Ethereum. An over-the-top structure forced them to find a new solution for the scalability issues, resulting in a new partnership with Stellar. However, further issues with fees pushed Kik to its own two-chain system.

Limited funding in comparison to other messaging applications (Facebook Messenger) provided enough reason for Kik to pursue a reverse ICO approach. An initial hard cap of $125 million was abandoned in favor of a purchase cap, subsequently limiting total volume to $100 million.

In consumer tech, we're at a point where there are just a few big companies. The world needs a new way to compete with these monopolies [and] you'll see lots of people going down this [ICO] route. / Ted Livingston, Kik Messenger CEO

The success of the token sale provided Kik the opportunity to partner with the aforementioned companies, but more importantly, it created the ability to develop their own system. Companies financially dwarfed in their respective industries (like Kik) struggle with the limited nature of public offerings and traditional exchanges. Instead, the company was able to receive support from thousands of buyers in over 130 countries.

Reverse ICOs in the Crypto Market

The limiting factor of any coin offering at present is the unstable legal state. Government agencies are fighting for regulatory power and clarification of jurisdiction while many criminally-motivated agencies target the use of fraudulent offerings to steal from uninformed, but optimistic investors.

Reverse ICOs lack the legal security of IPOs and venture capitalists. Increasing the legal clarity surrounding how tokens and other digital assets are treated might promote more investing via ICOs. Efforts to reach more legal clarity are already made as oversight from the Securities and Exchange Commission (SEC) in the United States and similar entities internationally guarantees the legitimacy of involved parties. Coin offerings are finding increased regulation from agencies like the Commodity Futures Trading Commission and Financial Conduct Authority, which are improving the environment, but still, there is a risk for investors.

An example of success in this arena is found in South Korea’s growing crypto environment, where thirty percent of the population owns some sort of cryptocurrency, and advocation from the governmental level has helped clean up a convoluted industry.

We need to form a task force including private experts in order to improve transparency of cryptocurrency trading and establish a healthy trade order. / Special Committee on National Assembly

For most, though, lacking federal oversight is a greater concern for start-ups ICO rather than a reverse ICO. For example, Kik launched in October of 2010 with an updated stable release in 2017. The company has delivered proof-of-concept for nearly a decade, and over $100 million in fundraising prior to the Ethereum-based ICO allowed cautious investors to feel safer about the investment.  Established companies utilize reverse ICOs as a way to restructure and decentralize a (hopefully) stable business model, as opposed to some start-ups which seek millions of dollars with little more than an idea.