Stablecoins This Year: Ten Price-Pegged Cryptocurrencies to Watch In 2020 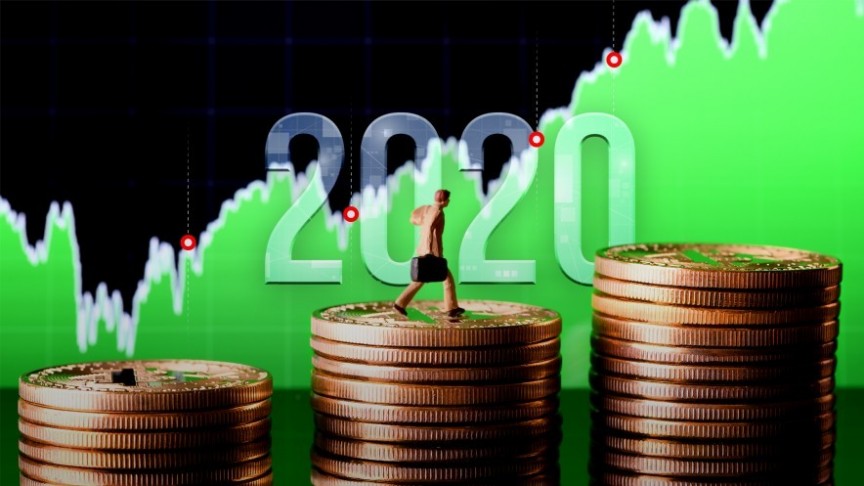 Stablecoins This Year: Ten Price-Pegged Cryptocurrencies to Watch In 2020

Over the past several years, stablecoins have established themselves by matching the price of the U.S. dollar and other stable assets. Tether set off the trend in 2014, while USDCoin, Paxos, TrueUSD, and Binance USD quickly became close competitors. Maker's Dai token has also emerged as a crypto-backed, decentralized stablecoin.

Now, nearly forty different stablecoins exist, and the list is set to grow even larger this year. Experts such as Jeremy Allaire of Circle have suggested that 2020 will "continue to be a major year for stablecoins" thanks to new use cases and the growth of DeFi. Here are ten stablecoins that could take things in new directions.

Singapore-based exchange Huobi launched HUSD in 2018, then revamped it through a Paxos partnership in 2019. HUSD has a $100 million market cap at the moment if Etherscan is correct. However, HUSD's market cap isn't fully recognized on aggregators like CoinMarketCap yet―something that may change in the near future.

In January, asset manager WisdomTree revealed that it may create a stablecoin. Its coin will reportedly be backed by dollar-denominated assets such as U.S. Treasury bonds―not a reserve of U.S. dollars like many other stablecoins. WisdomTree has plenty of value to put behind the stablecoin: it manages $63 billion of wealth in total.

Saga launched its stablecoin last December with a simple goal: comply with financial policies and KYC/AML regulations. It has positioned itself as a competitor to Facebook's Libra, which has been stifled by regulations in the past. Saga may or may not beat Libra, but it is making progress: it was listed on Bithumb Global this January.

On February 6, the DeFi interest platform Dharma announced a new series called "dTokens." These tokens act as wrapper tokens for existing assets such as Dai and Compound. In addition to maintaining a stable price, dTokens will also distribute interest to coin holders and Dharma itself―a potentially profitable spin on stablecoins.

Maker originally allowed users to create Dai stablecoins by locking up Ethereum as collateral. Last November, Maker introduced Multi-Collateral Dai, allowing users to back their Dai with other tokens such as Brave's Basic Attention Token. This year, Maker will introduce more backing options, which may, in turn, attract more activity.

In December, the Japanese net giant GMO Internet announced plans to introduce its own blockchain, which will also feature GYEN, a stablecoin pegged to the Japanese Yen. GYEN is designed for use in cross-border trading, payments, and remittances; GMO plans to launch it outside of Japan in the first half of 2020.

Last June, OKLink launched a dollar-pegged stablecoin called USDK in collaboration with its exchange, OKEx, and a partner company, Prime Trust. USDK currently stands as the ninth-largest stablecoin at a market cap of $28.5 million―making it one of the largest stablecoins from a major exchange after Binance USD and Coinbase's USDC.

In January, Tether launched Tether Gold, a stablecoin backed by gold bars, and it has created $12 million worth of the stablecoin so far. Though the total supply is about $4 million smaller than Paxos' similar gold stablecoin, Tether's entry into the market is a sign that there is a growing demand for commodity-backed cryptocurrencies.

MenaPay, a minor stablecoin, announced support for Twitch tipping this month. Though MenaPay did not officially partner with the video streaming site, the project deserves recognition for working in an area largely untouched by stablecoins. So far, crypto tipping has been led by non-stablecoin projects like Brave and Coil.

Terra redesigned its stablecoin system, LUNA, this February. The project relies on a unique system: it aims to offer a unique reward system to miners while also acting as a scalable and transparent stablecoin. Terra has gained adoption fairly quickly: it hit one million users this January and has attracted early support within Asia.

Several other stablecoins have a recipe for success as well. JP Morgan's JPM Coin, China's CDBC, and Facebook's Libra all have very significant backing behind them. Each project is certain to attract plenty of attention this year, and coverage of those major coins may overshadow the competitors listed above.

Additionally, new stablecoin projects will need to comply with regulations and guidelines set by groups such as G20, FinCEN, and the Financial Action Task Force. These changes could slow down development for virtually all stablecoins―and it's possible that some promising projects will abandon their efforts this year.