The Next Wave of Stablecoins: Alternative Projects to Watch in 2019 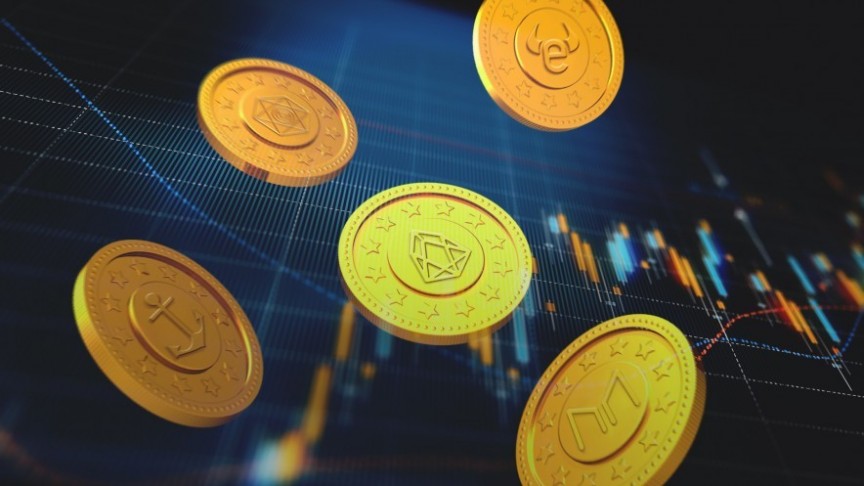 The Next Wave of Stablecoins: Alternative Projects to Watch in 2019

Stablecoins have become one of crypto's hottest trends, and many new projects are entering the market. Can these stablecoins make a breakthrough?

Stablecoins are cryptocurrencies that are designed to maintain price parity with the U.S. dollar or another fiat currency. Because they are backed by collateral funds, stablecoins are able to avoid the price volatility that cryptocurrencies like Bitcoin and Ethereum typically experience. As a result, stablecoins have become an important part of the crypto market: they’re a valuable tool for investors, and they’re gradually becoming useful for online spending as well.

So far, Tether, USD Coin, TrueUSD, and the Paxos Standard have found a place among the fifty largest cryptos, and they are the market’s leading stablecoins. But even though they have managed to gain a foothold, they are facing challenges. Critics have slammed Tether for its allegedly insufficient reserves, its non-transparent audits, and much more. Meanwhile, well-regarded stablecoins are experiencing minor price fluctuations. As a result, new projects are attempting to solve these problems.

MakerDAO DAI is often considered an alternative stablecoin, but with a market cap of $80 million, it has outgrown that reputation. It nevertheless serves as a template for many alternative projects. DAI is transparent: it is backed by Ethereum tokens, not by a fiat currency, so anyone can examine the blockchain and see that it is sufficiently backed. DAI also doesn’t rely on a central reserve or issuing body: users loan their own ETH and issue their own DAI. There are various incentives to do so.

Unfortunately, there is a downside to MakerDAO’s model: extremely high fees. Over the past few months, MakerDAO’s annual stability fee has risen from 0.5% to nearly 20%. High fees encourage users to close their contracts and destroy their DAI. These fees also promote the circulation of existing DAI, where stability fees don’t apply. This process keeps the price of DAI close to $1.00, but the fact that fees are skyrocketing indicates that there is often insufficient demand for DAI among potential buyers.

As noted, MakerDAO has inspired other stablecoins. Alchemint (SDUSD) is a NEO-based stablecoin that is similar to MakerDAO in that users provide collateral and issue new tokens. Its main advantage is its low annual fee, which is just 2% at the moment. If Alchemint maintains its low fees, it could become one of MakerDAO’s strongest competitors. However, Alchemint’s low fees can be arguably attributed to its novelty and its low market cap. As it grows and matures, it could face the same problems that MakerDAO is currently experiencing.

Another similar project is underway from EOS creator Dan Larimer. Although EOS already hosts a fiat-backed stablecoin called CarbonUSD, Larimer has revealed his own plans for a stablecoin. In April, he indicated that he intends to use Bancor, short positions, and price feeds to power the coin. The stablecoin will be backed by crypto, but its price will be automatically adjusted by an algorithm. Larimer also estimates that the fees from market making would incentivize lending, thereby keeping collateral solvent.

Anchor is taking a different approach. In April, the project launched its testnet, and although it doesn’t have any real circulation yet, it is demonstrating its potential. By using global economic markers like GDP, Anchor will be able to maintain its value regardless of any fiat currency’s strength. If Anchor succeeds, its main advantage will be long-term price stability and protection against inflation. (It should not be confused with Anchor Coin, a different stablecoin that is backed by Canadian dollars.)

Most new stablecoins are aiming to solve the problems of transparency, solvency, or volatility. However, there is another important goal: global relevance. Most stablecoins only offer one token, which is usually pegged to the U.S. dollar. Even Tether, the largest stablecoin, only offers stablecoins for three currencies: the U.S. dollar, the Euro, and the Yen.  Naturally, this isn’t convenient for exchanges and other services, which often serve customers all across the world.

That’s why some stablecoins are aiming to offer as many different options as possible. At least two companies have recently taken this approach. In April, eToro announced eight new stablecoins tied to various international fiat currencies. At about the same time, Wirex revealed plans for 26 different Stellar-based stablecoins. These stablecoins are not highly innovative, but they could succeed in achieving widespread acceptance due to their international appeal.

No project will ever create a truly perfect stablecoin, and there will always be room for improvement. If any stablecoin manages to attract users, accumulate plenty of collateral, and achieve real demand, that stablecoin could quickly rise through the ranks. However, the competition will be tight: despite recent criticism, almost every leading stablecoin has managed to maintain its position in the market. This will make it challenging―but not impossible―for alternative coins to gain ground.