Digital Compensation: How Blockchain Will (or Won’t) Reward Content Creators 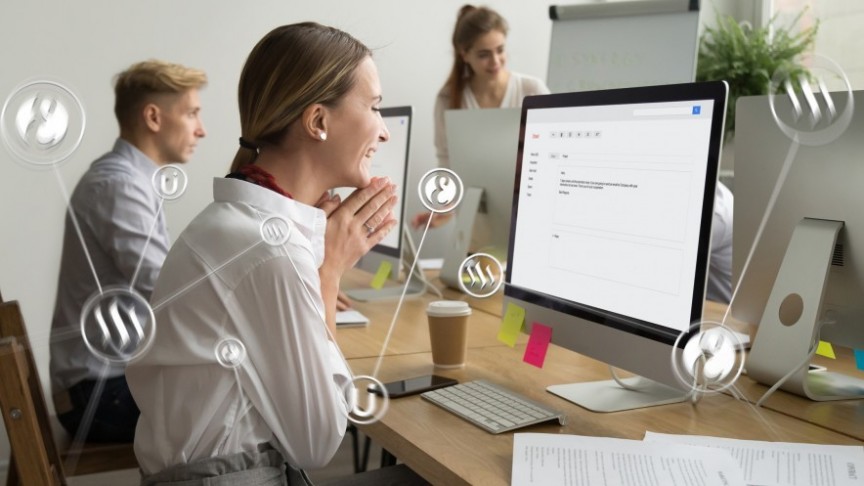 Digital Compensation: How Blockchain Will (or Won’t) Reward Content Creators

Blockchain platforms like Steemit, Everipedia, and Minds are compensating their contributors. Can they overtake their mainstream competitors?

Cryptocurrency is often promised as a means of rewarding content creators and social media users, but it’s a promise that hasn’t fully materialized yet. Steemit was one of the earliest blockchain-based social networks to reward user content and is well on its way to making the promise of content compensation a reality. Until now, it was one of the few.

But other blockchain projects are slowly but surely following suit. Just this week, the Wikipedia competitor Everipedia and the would-be Facebook-killer Minds launched their respective reward token systems. The Brave browser is getting ready to reward YouTube creators with its BAT token, and Reddit and Twitter users will soon qualify for rewards as well. Meanwhile, Civil has a more ambitious goal: it is working to build a grand system of virtual newsrooms for journalists and editors.

Not all of these platforms have succeeded: U Network, a direct competitor to Steemit, infamously ran out of tokens and is still recovering. Although cryptocurrency will, in theory, make digital content compensation systems better, that alone is not enough to determine whether a platform lives or dies.

Apart from the fact that content creators can be compensated for their contributions, advocates of blockchain platforms also think that content itself will be improved in various ways:

Community curation: Sites like YouTube already compensate creators with ad revenue, but ultimately retain control of content—YouTube often demonetizes content and can perform takedowns of content it deems counter to its policies. Steemit and similar sites solve this problem by allowing users to pay other users for content they want to see — ultimately, the users are curating the site.

Weeding Out Fake News: Ideally, community-curated sites can dispel fake news and FUD by rewarding only the best content. Currently, users have no direct way to reward or punish the mainstream media or politically motivated perpetrators of fake stories, while social media makes all users susceptible to consuming and believing false information. Blockchain projects like Civil aim to create a more complex system of accountability.

Alternative ad models: It’s not just creators who can benefit from putting digital content on a blockchain. Ad blockers are on the rise and are threatening traditional web advertising. Many sites attempt to solve this problem by forcing users to disable their ad blocker, but the blockchain-based solution is to give users what they want to see and reward them for their attention. Verasity, for example, is a blockchain video platform that provides a symbiotic environment by circulating its native token between viewers, creators, and advertisers.

Micropayments: Although it is possible for platforms to execute user payments in various ways, crypto tokens are ideal for micropayments. It is expensive to send pennies via PayPal, but a well-designed blockchain can do just that. Blockchain transactions can be fast and have low transaction fees, assuming the blockchain is designed to handle microtransactions and running efficiently.

What are the Problems?

Community conflict: Even though the mainstream media is often the source of FUD and fake news, peer-based social media is often instrumental in spreading misinformation as well. Additionally, a lot of content is opinion-based and not clearly true or false, merely controversial.

It’s not clear that cryptocurrency-based voting will resolve controversy any more than status-based votes will: People don’t like to get downvoted, and sites like Steemit may make things worse by transparently indicating to users that their ideas are literally worth two cents.

Competition: Most blockchain platforms are competing with a revenue model that is already in place and already compensating users. YouTube’s existing advertising model pays creators, and Patreon is dominating peer compensation.

Although some blockchains, such as Brave, are piggybacking on existing sites and providing additional compensation, most are creating their own platforms in an already crowded market. Mainstream platforms may simply have the advantage of being first.

Bots: Steemit has spawned bots that let users boost their status -- users send tokens to the bots and receive rewards. Although bots and click fraud are running rampant in traditional web advertising as well, blockchain has not solved the problem of spam content.

Dilution and inflation: Steam and Everipedia, along with many others, deliberately induce inflation and constantly create tokens. Ideally, intentionally devaluing the token forces the community to take action and innovate rather than “hold” their tokens. Time will tell whether this is a viable decision.

Non-blockchain tokens: You don’t need a blockchain to introduce a token system that allows micropayments. Many non-blockchain platforms use a token system for peer compensation. Take, for example, Twitch's Bits, which can be redeemed only on Twitch. Although this doesn't provide the freedom that cryptocurrency offers, it does ensure that the tokens are kept in the community.

In other words, blockchain platforms can be as different from each other as they are from mainstream platforms. If one does manage to propel itself into the mainstream, it’s not obvious that it will be a replicable recipe for success.