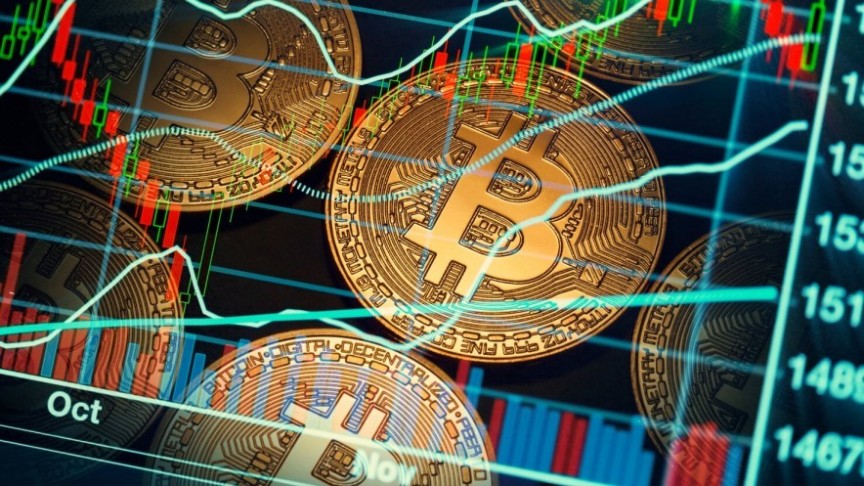 Bitcoin shoots up by $788 overnight while other coins blast higher with only four of the top 100 coins flashing red over the last 24 hours.

Cryptocurrencies are higher across the board this week with only four of the top 100 coins flashing red for the last 24 hours of trading. The positive sentiment finally brought the much-needed volume catalyst that has been missing in recent weeks and Bitcoin was a key mover with gains of around 10%. 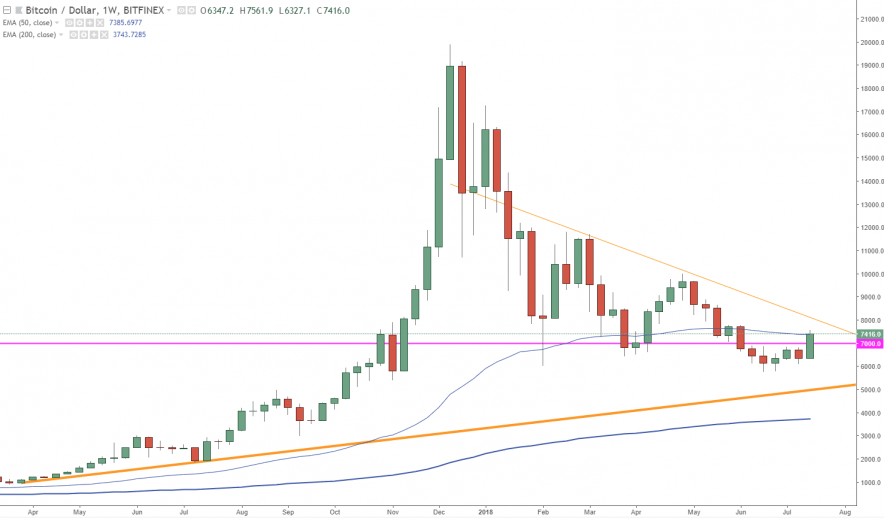 The weekly chart in Bitcoin highlights the importance of this move and gives us the potential for a strong bullish weekly signal that I have been talking of in recent articles across the cryptocurrency space. The recent basing setup now has the potential to break through overhead resistance and bring attention to cryptocurrencies again. Bitcoin still holds the uptrend from 2017 and we are now testing the 50 moving average with next resistance at $8,000 being the only barrier to a retest of $10,000. The horizontal line at $7,000 also indicates a key technical level on the monthly chart which would come into play over the next two weeks. 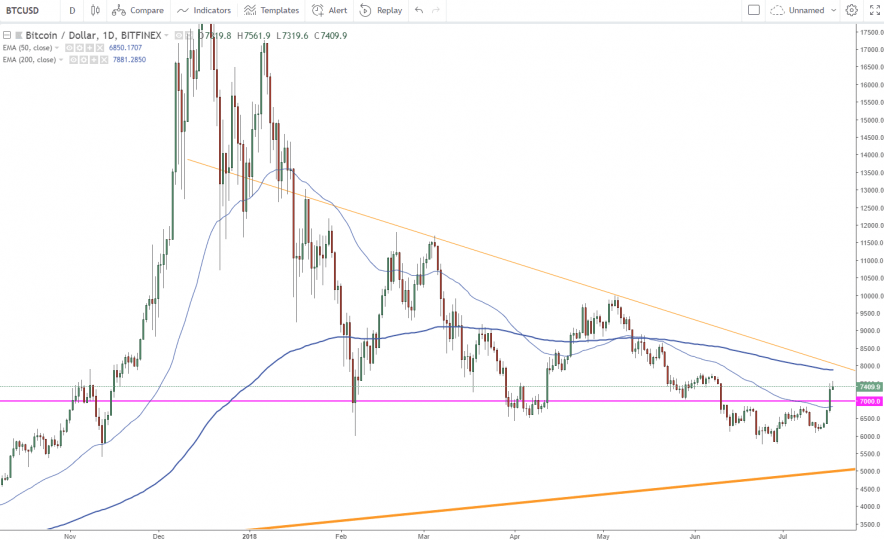 The daily chart on Bitcoin highlights the recent basing setup and a strong move through the 50 moving average. We are now looking at the 200 moving average and that $8,000 level.

Although there was no particular catalyst for the move, it was becoming clear in recent sessions that the market was stuck in negative sentiment and ignoring a lot of positive news.

In my last article I mentioned the news that Litecoin had joined up with Token Pay to buy a controlling stake in a German bank. The news showed once more, the steps that cryptocurrency developers are making to improve the prospects of mass adoption. Litecoin’s founder, Charlie Lee, took to Reddit to clarify the news.

Best case is that with this bank, we are able to create and deliver crypto solutions like debit cards, merchant processing, and other innovative solutions. However, even with a stake and influence at the bank, it's not guaranteed that this will succeed. 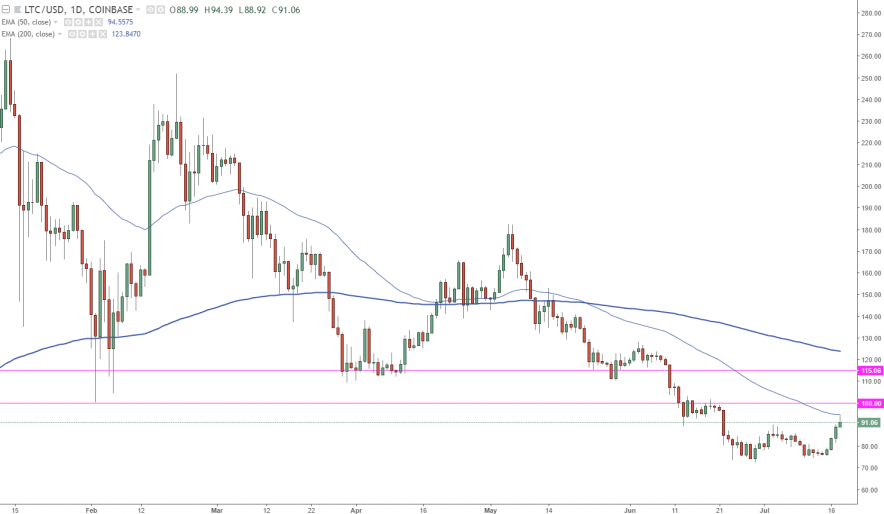 Litecoin has carved out a bottom on the daily chart in recent weeks and now eyeing some key resistance at the $100-120 levels that I noted earlier. The move higher this week still looks positive for the weekly chart if we can hold onto these gains or preferably, add a little more.

One of the big movers in the top ten coins was in Stellar Lumens, which is up over 20% in the last 24 hours. The move was driven by news that IBM, the giant technology corporation, was backing a new stablecoin that will run on the Stellar blockchain. IBM have been a key player and an early mover into the blockchain, compared to its tech peers.

Stablecoins are gaining a lot of attention recently and many see this as an important part in removing volatility from cryptocurrency and bringing a “tokenized world” closer to reality. 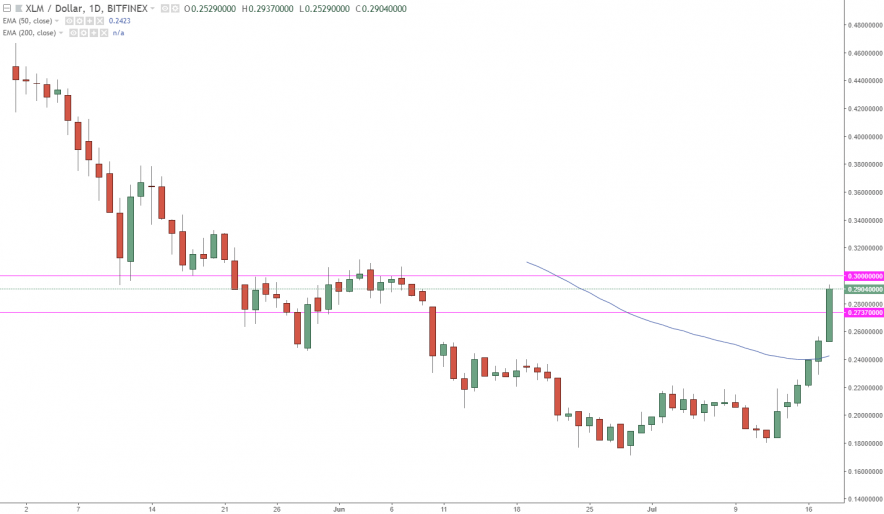 The daily chart on Stellar highlights the impressive move higher in recent sessions and it is possible that some early news was leaked on the IBM play as Lumens bucked the trend of some weaker coins last week. XLM has moved into a key technical zone and sees resistance at $0.3. On recent price action and the recent news release, it is highly likely we can clear that level and there is little resistance above. 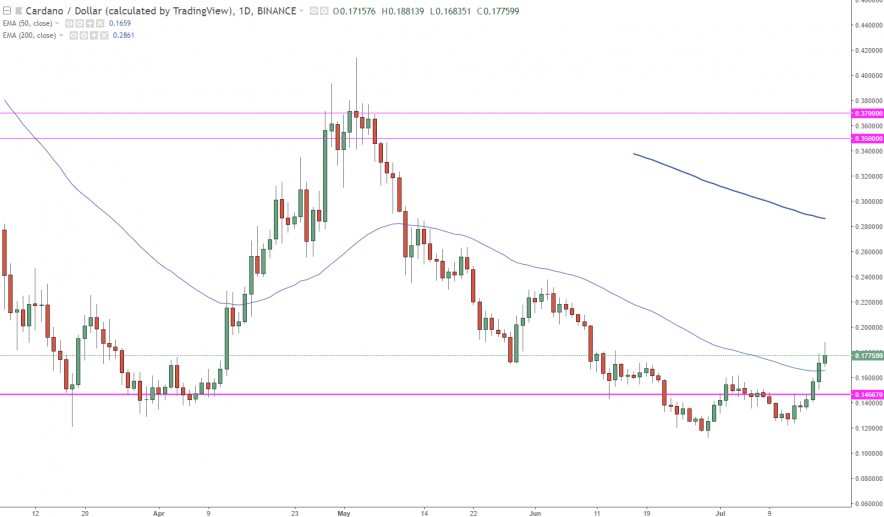 Cardano was another coin which saw a strong move in the last day with a move of over 15%. The bullish price action this week has helped us clear the key weekly support level on Cardano that was sitting around the $0.1466 level and this would be positive on a weekly close basis.

The next key resistance level in ADA would be around the $0.25 level. Price has pushed through the 50 moving average on the daily chart and some follow-through could see us test that resistance and possibly make a push to the 200 moving average at $0.28.