2018 In Blockchain and Crypto: The Year’s Top Five Trends 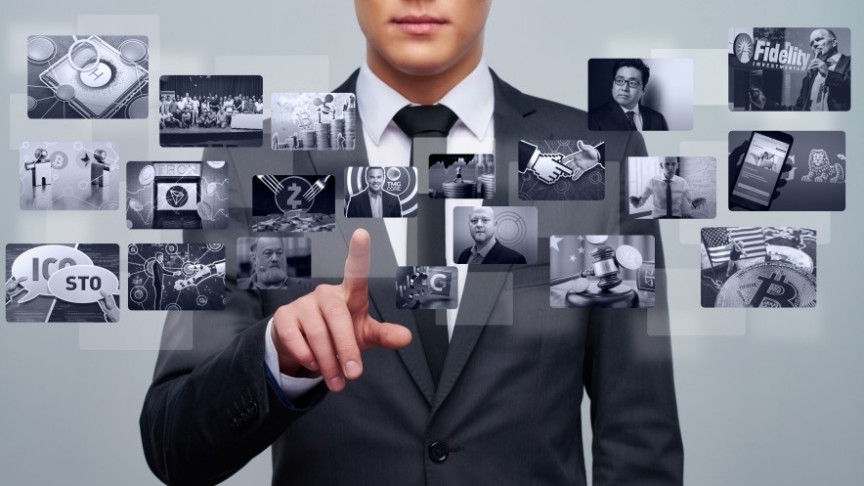 2018 In Blockchain and Crypto: The Year’s Top Five Trends

This year, several trends took the crypto world by storm. What follows are some of the most important trends—will they continue in 2019?

1. The Surge of Stablecoins

In 2018, Tether became more than just a leading stablecoin when it turned into one of the largest cryptocurrencies—period. Over the course of the year, Tether Limited increased the size of the coin's USD reserves dramatically, which allowed millions of dollars worth of Tether tokens to be minted.

But despite Tether’s success in the market, the coin has received plenty of criticism. Tether has become controversial due to its lack of transparency, highly centralized reserves, and relatively poor price stability.

These issues prompted the rise of competing stablecoins, such as Circle’s USDCoin and TrustToken’s TrueUSD. These and many other coins promise to improve on Tether’s model in various ways — and some investors are predicting that stablecoins will become even more popular in 2019.

2. The Popularization of DPOS

After Ethereum suffered from transaction bottlenecks in 2017, the inefficiencies of heavily-used decentralized networks became clear. This problem provided opportunities for blockchains with an alternative approach to take the stage. EOS, which launched its mainnet in June, quickly popularized the Delegated Proof-of-Stake (DPOS) consensus model.

DPOS relies on just a few block producers, while most other consensus mechanisms rely on countless nodes. On EOS, coin holders elect 21 block producers who determine the course of the blockchain. In return for this privilege, block producers must provide computing power for the entire EOS network. For the most part, this model is fast and energy-efficient.

Although EOS is controversial due to the level of centralization it employs (which has resulted in frozen funds and allegations of collusion), EOS has become highly influential. TRON, another major DPOS blockchain, launched its mainnet in June and has become particularly noteworthy due to its acquisition of BitTorrent.

Lisk also followed the trend and launched its mainnet in August. Meanwhile, Qtum, an earlier DPOS chain, remained high-profile and formed a major partnership in 2018. EOS creator Daniel Larimer's past DPOS projects, Steem and Bitshares, also remained popular. As such, it seems likely that many more blockchains will implement or innovate on DPOS in the future.

The number of decentralized applications (or dApps) has risen dramatically over the course of 2018. CryptoKitties, a popular collectible game, was largely responsible for popularizing dApps at the end of 2017. Although no other dApp has replicated the game's brief viral success, CryptoKitties seems to have kicked off a trend, as spring and early summer brought record numbers of new apps.

According to State of the DApps, the number of decentralized applications has nearly tripled over the course of the year. In December 2017, there were 835 dApps in existence—and now, there are 2281. User increases are more difficult to measure, but dApps seem to be very appealing to the developers who are creating them.

It seems likely that even more dApps will come into existence throughout 2019. Furthermore, new blockchains for dApp development will probably emerge as well. Currently, two platforms (Ethereum and EOS) are responsible for the vast majority of dApps, but competitors such as TRON and NEO show great promise as well. These and other blockchains could introduce many new and exciting dApps next year.

Centralized payment processors and merchant services have been adding support for cryptocurrency for some time now. However, in 2018, a new trend emerged: decentralized payment and settlement networks. The release of the Lightning Network began the trend in January 2018. In essence, Lightning promises to allow users to perform fast and inexpensive transactions.

Although the Lightning Network is still finding its feet, a number of competing platforms have already emerged. Stellar released a preview for a similar settlement network called Starlight in October. In the same month, Blockstream released the Liquid Network, a semi-decentralized payment network targeted at exchanges. Ripple’s xRapid, a cross-border payment solution targeted at financial institutions, was also launched in the fall.

In 2018, slow network speeds (and to a lesser extent, high transaction fees) continued to be an issue for many blockchains. In particular, Ethereum’s planned scalability fixes remained in development for the entire year, giving other platforms the opportunity to provide competing solutions.

Platforms like EOS and Zilliqa made a point of promising faster transactions and better app performance — that said, EOS has faced efficiency problems of its own over the past few months. Other platforms focused on reducing transaction costs: Monero and Zcash both dramatically reduced their fees in the fall.

These are just a few of the platforms that are concerned with scalability: almost all major blockchains and cryptocurrencies have considered the problem at some point. Scalability is becoming important as blockchains grow in popularity, and the topic will surely be on everyone’s minds next year as well.

2018 introduced several exciting trends, and many of those trends will continue throughout 2019. However, every platform that pursues these trends will need to accomplish something important. Stablecoins and DPOS blockchains will need to find a way to gain the trust of the crypto community, while payment networks and dApps will have to attract users rather than developers. These goals are, however, well within reach, and 2019 looks quite promising in many areas.